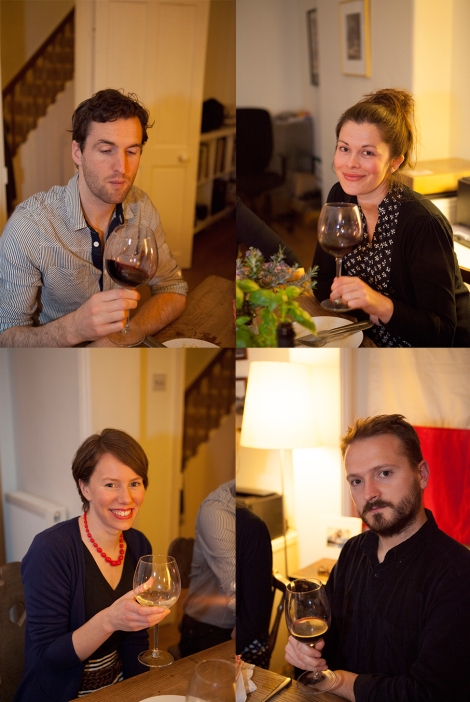 Last weekend we decided to host an impromptu dinner party. Luckily our friends were free and could make it. We’d been to their houses previously for themed dinner parties and now it was our turn. The first of our friends’ dinner parties was Indian themed because they’d just come back from travelling there and had learnt how to make authentic Indian food – delicious. The other, Vietnamese because they’d recently been on a 3 week round trip to Vietnam and wanted us to experience the food they’d enjoyed. It was all so fresh and healthy. Yum! So when it came to us, an Italian menu was in order. 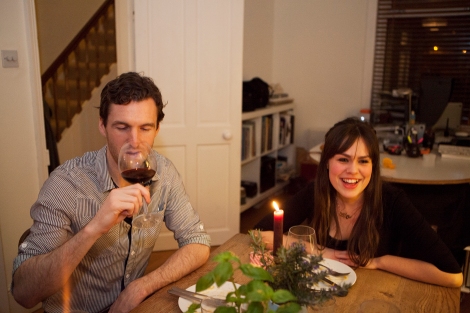 As you probably all know Italians like to make a meal with friends last all night. You might be thinking yes, but isn’t that what every dinner party is like –  which may be true – but Italians are eating pretty much the entire time. We wanted to make it feel similar to an experience you’d have over there, so we decided to serve 4 courses plus a pre-starter and a selection of desserts instead of just one. This is a truly scaled down version compared to some of the meals I’ve shared with friends in Italy. One recent example that I will never forget is from my time spent in Verona with my godfather last summer. It was the first time my boyfriend had met him, so I wouldn’t have expected anything less when he took us out for dinner one evening near Lake Garda. From what I recall we ate the following:

1. Basket of mixed artisan breads and a bottle of Prosecco from Veneto.

2. A giant platter of raw fish served with a bottle of Lugano (also local).

6. Pasta with crab (which I’m embarrassed to say we had to cancel whilst eating our 4th starter – lightweights!).

7.The finale – 2 giant langoustine on a bed of mixed salad.

He wanted us to have dessert, but we were so full that he settled with us having a limoncello instead. As I write this in England 8 months on, I’m thinking that it doesn’t sound like that much and I could eat it all – I’m probably hungry.

Needless to say we were extremely full and it appeared to be quite obvious to people when you consider what happened next… Back at the hotel a woman greeted us on the front desk by pointing at my stomach and congratulating me on my pregnancy. I told her rather sheepishly “No, I’ve just eaten quite a lot.” How embarrassing! Oh well, it was worth it.

Anyway after that tangent, lets get back to our house in Brighton with our little Italian feast. The evening began with Pittule and Prosecco Spritz. Pittule are fried dough balls, which originate from Puglia where my family are from.

We then got stuck into the antipasti, which I read once, is the food equivalent of foreplay. I’ll say no more. We served the antipasti with Tuscan bread rubbed with garlic. This bread has no salt in it, which is unusual, but it goes back to years ago when salt was heavily taxed. For this reason it compliments the antipasti, which is normally very salty and vinegary. After that we went onto what I call the starchy course, known as Primi. We served butternut squash ravioli with caramelised sage and a drizzle of truffle oil. 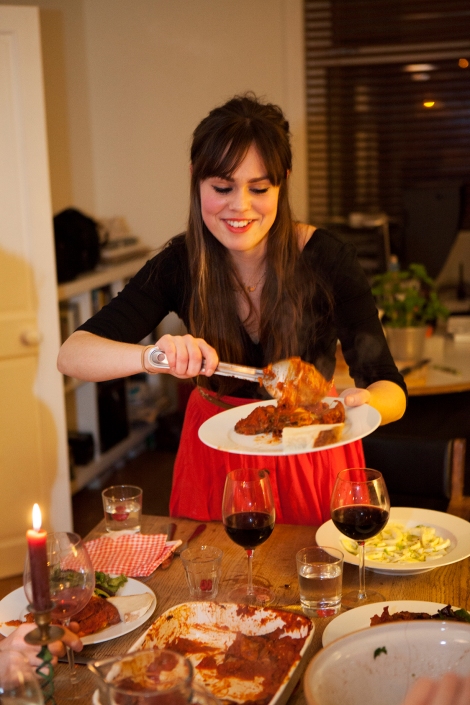 Then onto Secondi, instead of meat or fish we had an aubergine parmigiana as we had vegetarian guests. I had no complaints since parmigiana is one of my favourite things to eat. This course was served with both a green salad and a fennel one along with some Pugliese bread. This bread is chewy on the outside and soft in the middle with lots of holes in it. They’re formed from the way the dough is folded in the knocking back stage of bread making.

We swapped places for dessert because it was a sharing plate and instead of being typically Italian by having an espresso after our sweet, we opted for a peppermint tea to aid digestion.

After all that eating I suggested we had a little entertainment. I asked if people would prefer to play a game or be taught how to dance the Pizzica Pizzica (a folk dance from Salento). Our guests looked quite tired, which is when we looked at the clock and it was 1.30am! We couldn’t believe how late it was, but all agreed how nice it had been not having any sense of time. We did indeed make the eating last all night.

There are lots of recipes I’d like to share with you from this meal, but for now I leave you with my favourite drink especially for when the sun is shining (or in most cases helping us to feel like we’re still in Italy)  Prosecco Spritz.

Measure 3 parts Prosecco, 2 parts Aperol and 1 part soda into a large wine glass or a lowball glass. Add a good handful of ice and a slice of fresh orange. Sunshine in a glass! 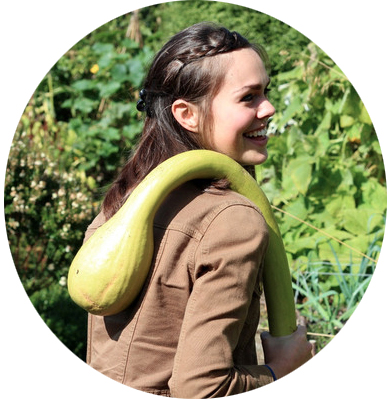 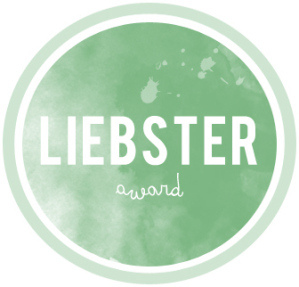